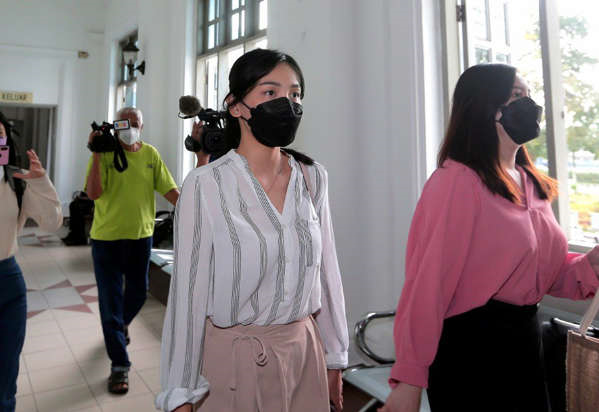 Judge Datuk Abu Bakar Katar ordered Sam, 27, to serve the jail sentence from today. In addition, she was also banned from driving for three years, and failing to pay the fine may result in another six months in jail.

The judge explained that the defence failed to raise any relevant doubt against the prosecution’s case.

“The woman’s act of driving recklessly or dangerously has resulted in the loss of eight lives. In the sentencing, this court follows a precedent which takes into account the number of victims involved,” he said.

“In her defence, the woman said that she did not see the group of modified bicycles’ owners at the scene and that there was another vehicle that hit the victims and sped away. This version was never raised by the respondent during the prosecution case,”

“The respondent should have driven her car more carefully and not recklessly. She should have known that the street will not be brightly lit at 3.20 am,” he said. – The Sun Daily

Families of eight teenagers killed relief over the court decision

Families of the eight deceased teenagers also expressed their gratitude when the victims finally got the justice they feel they deserve.

One of the parents, Sabariah Yusof, 54, said that her son was diligent in helping her sell pudding from stall to stall.

“I feel miserable when people condemned him as he was a very good son and very close to me. He seldom rode the bicycle as he would help me and on that fateful day, he had come home, left the house, and got involved in the fatal crash,” she said. – BERNAMA

The public is divided over this modified bicycles case

The public did not take too kindly toward the charges sentenced to Sam. The majority of netizens choose to stand with Sam on the case of the modified bicycles as she was not under alcohol influence and was driving under the speed limit during the accident.