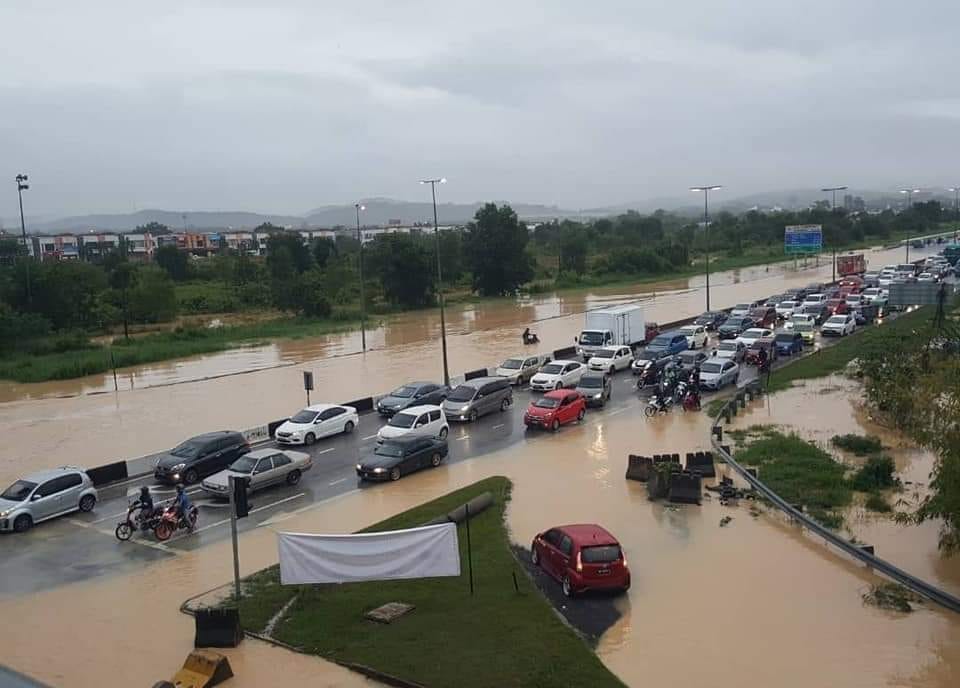 Flash floods in Kuala Lumpur has led major roadways to have been flooded, and four rivers have reached dangerous levels. This is caused by the continuous downpour since Friday, December 17th. More than 30,000 people have been evacuated from their homes while battling one of the worst floodings in years.

The flooded areas included Jalan Raja Laut, Dataran Merdeka, Jalan Sultan Azlan, and Jalan Ampang, according to photos supplied by the Kuala Lumpur Command and Control Centre (KLCCC). The photos also showed automobiles stuck by rising floodwaters and unable to escape as the water level rose to knee-high. Not just that, it was also reported that part of Jalan Tuanku Abdul Halim heading towards Istana Negara is sinking.

Following the flash floods in Kuala Lumpur, Malaysian emergency services, aided by citizen volunteers, have rescued a total of 21,000 people who are displaced by flooding caused by the severe rain in seven states, according to the officials and volunteers.

Also, more than 66,000 police, army, and fire department personnel were also dispatched to assist those rescued from stranded vehicles or flooded streets outside their homes.

Based on Cik Min’s observation, several locations that had never been swamped by floods before were likewise paralysed by the constant rain for the past few days. Therefore, Cik Min really wishes that all Malaysians, especially those in the Kuala Lumpur area can put your own safety and that of your family first! If you have the opportunity to save any important documents, it is also highly recommended. However, keep in mind, lives come first!