Get Overpowered Early in Elden Ring! 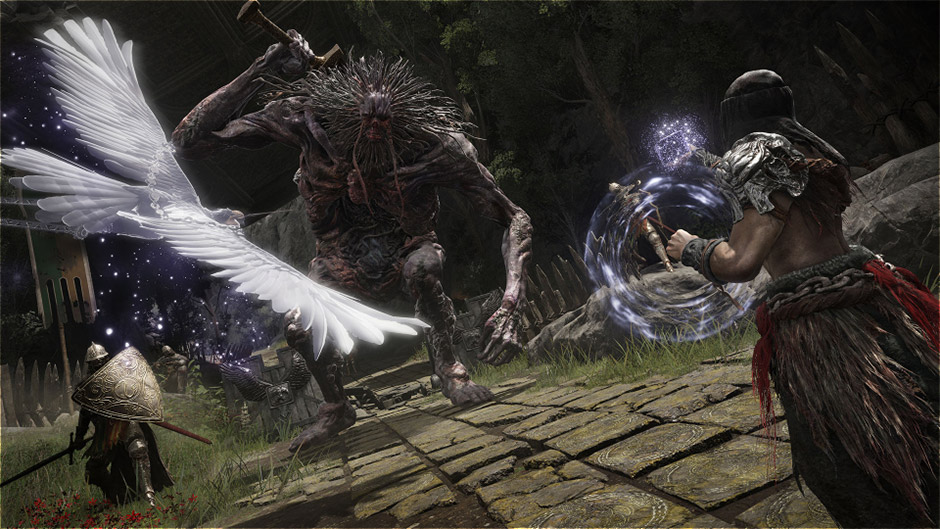 Elden Ring is a fantasy action Role-playing game (RPG) that was released on 25th February 2022. It is an open-world game where players can take their time exploring the areas. Of course, farming for the characters and weapons are needed to make your character stronger. So, are there any possible ways for you to get overpowered early in Elden Ring? Luckily, someone has found a way for it!

Before that, for those who don’t know, overpower (OP) in gaming terms mean; the characters, weapons or any other elements are stronger than they should be for that level. Alright, so let’s see how you can be OP early in the game!

What to Do? | Elden Ring

In order to get OP in the game early, you need to get a few items to help you. Youtuber Boomstick Gaming has figured out the way or routes that you can follow to get the items. Of course, the routes lead to a few dangerous areas but you can sneak or pass through these places as the rewards are worth it.

It is mentioned in the video that you will be able to get the items needed within 15 to 20 minutes, by following the route provided. Players will be able to get a 4-star weapon, improved armours, a lot of runes, a powerful companion and can unlock important in-game features.

Once done, players can continue from the start and follow the story or quest normally. So let’s see some of the ways how to get overpowered early in Elden Ring.

Get the Spectral Steed Whistle

Having a ride in-game definitely helps travelling or exploring areas more bearable. The Spectral Steed Whistle allows players to summon a “horse”. So, here is how you can get the whistle according to Boomstick Gaming.

You will need to find 3 Sites of Grace. Since you already discovered the first one at the beginning, the next place that you can go to is the Church of Elleh (marked as 1). The other one is located at Agheel Lake North (marked as 3) where you will meet Melina. Accept her offer to help and she will give you the whistle. So, now you can mount your steed to explore other areas faster to help you get overpowered early in Elden Ring.

Collecting runes can also help players to get overpowered early in Elden Ring. Runes can be used as currency, levelling up your characters and also increasing attributes. You can get them either from looting or killing an enemy. If you follow Boomstick Gaming‘s video, he will lead you to some tombs where you can get the runes.

However, if you want some easy action, there are some enemies that you can defeat without having too much effort. One of them is the trolls around Gate front where you will get 1000 runes for each troll. You can find 2 of them are shackled near Gate front and 5 to the east of Gate front. You can bait them for a one by one fight.

Get Overpowered Early in Elden Ring makes the game bearable

There are so many ways to get overpowered early in Elden Ring by understanding its in-game mechanics and tricks to help you throughout the game. But in the end, getting a higher tier armour and weapons will help players to be more sturdy and engaged in easy combat. Of course, the game itself will eventually catch up to players’ level so you have to keep farming. That is all from Cik Min and don’t forget to have fun while playing!