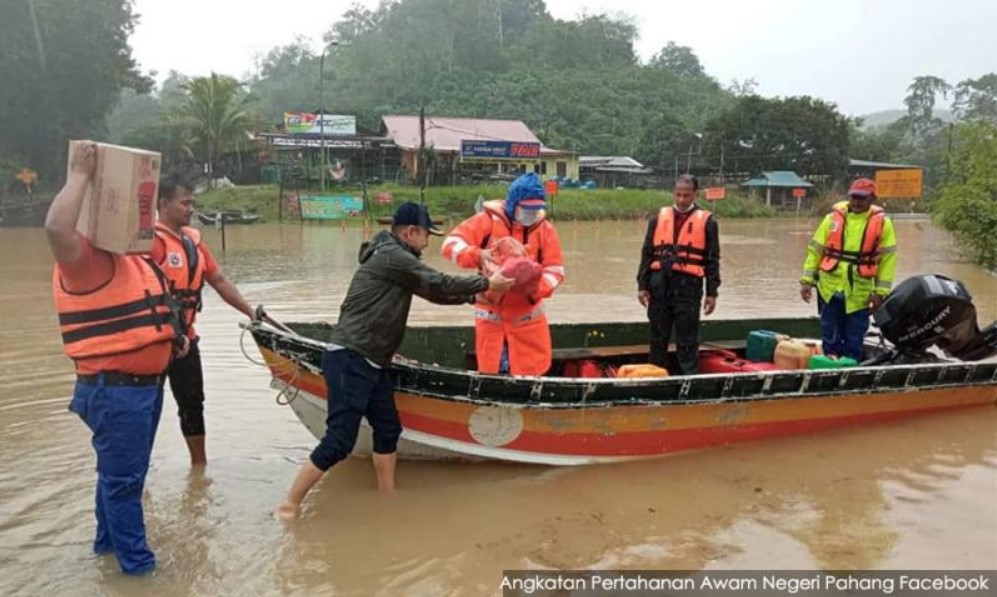 Floods in Pahang have recorded an increase of victims overnight as more evacuees are moved to the temporary evacuation centres (PPS).

Submerged Areas Due to Floods in Pahang

Water from upstream moving towards the sea has submerged some low-lying places, according to a spokesman for the state Civil Defense Force (APM). “There was no rain in Temerloh yesterday (December 20th), but one section of the town was inundated late yesterday after overflowing river waters spilt into the low-lying areas. Those living along the river (downstream) must be prepared to leave their homes in case it floods. At 8:00 a.m. today (December 21st), the flood victims in Pahang were around 37,000 and now it has reached 39,000. There might be a further increase. However, it depends on the weather and river water level,” he said.

Cik Min believes, this year’s flood has been one of the worst floods in comparison to previous years. We can see several states and locations that had never been swamped by floods before were likewise paralysed by the constant rain for the past few days in Malaysia. Therefore, Cik Min really wishes that all Malaysians, especially those affected by floods in Pahang can put your own safety and that of your family first. If you have the opportunity to save any important documents, it is also highly recommended. However, keep in mind, lives come first!